Is your novel ready to publish?

We all feel the urge to join other like souls and launch our tome into cyber space. But is it ready?
What steps have you taken to ensure that it's not filled with missing commas, full stops, annoying misspellings and the like.

You can't rely in Microsoft Word to pick up all the misused words e.g. affect and effect. What about that character that you named Flower and changed your mind, then called her Daffodil. Did you use control + F to find and replace all the old names with the new?

Here's a checklist:
* Chapter one concentrates on filling in the reader on the back story -
- The why the MC is like she/he is. What event in the past sent her/him on the journey to this point?
- What event preceded the story, whether it's relevant or not?

* No balance of dialogue and thoughts.

* No incorporation of at least three of the five senses - smell, sound, sight, taste, touch.

* Info dumps which stop the story which have nothing to do with the story. And if they do they should be     incorporated gradually.
His mother always made apple pie from overripe apples on Sundays and he hated that. Whenever he walked past a pie shop on Sundays, he felt nauseated. He used to scream at her that she should use fresh apples but she always laughed in his face.

* Telling instead of showing.
She told her husband that she didn't like him going away all the time. That she was left alone in the house with two screaming kids. He told her that it was expected of him.

* Your MC is boring and perfect. - mine was until someone pointed this out.

* Flowery descriptions with too many adjectives.

* No plot - Its a series of scenes that don't go anywhere.

We are all blind to our own mistakes. Me included. When I started writing I did most of the above.
Just keep writing and you'll eventually learn the craft of writing. A brain surgeon didn't learn his skill in a day and neither will you. I'm told it takes at least two books before you get there.

Posted by olga at 7:59 pm No comments: Links to this post

I'm now getting ready to publish my story The Deadly Caress on Kindle in the near future. I'd been over and over my manuscript so many times and then my dear friend and writer, Victoria Chie found more things wrong.

I decided that I needed someone to edit and proofread it because I didn't want to upload something to Kindle that wasn't as professional as it could be.

I had so many replies to my job post that I was overwhelmed.

I settled on two American editors who will be doing a substantive edit and proofread for me. I figure the more eyes the better.

I have now sent my mss to the first one.

A quick learning curve for me was to find out what sort of editing I needed. I settled on a substantive edit.
I have copied and pasted an extract below from:
www.allograph.ca/Allograph/editing/Substantive%20edit%20checklist.rtf‎
http://catherineryanhoward.com/?s=substantive+editing&submit=Search

Editing
During the substantive edit, your editor will be considering the following aspects of novel
writing to comment on as needed:
There may be some comments inserted at various places throughout the manuscript. At the end
of the manuscript or as a separate revision letter, you can expect a narrative analysis with
suggestions and explanations of usually about 10-20 single-spaced pages on the following areas:
Characterization
□ Protagonist: May include: strengths, weaknesses, character arc, GMC (goal, motivation,
conflict), portrayal of appropriate and authentic emotions, turning points, raising personal
stakes, handling back story, character voice, plausibility, and other suggestions as the
editor sees fit.
□ Antagonist: Same as above, but additionally: special focus on creating a believable,
three-dimensional character with clear and understandable motivations and desires
□ Main Supporting Characters: Same as above for protagonist: for whichever
supporting characters the editor deems significant enough for analysis. This will be a
briefer analysis since supporting characters are not as deeply developed in most novels.
□ Overview/Summary of characters as a whole: including general strengths, weaknesses,
suggestions for improvement, and additional resources to help with character
development as editor deems necessary.
Plot
□ Story Structure: May include: Inciting incident, turning points (disasters, three-act
structure), building the story tension, dark moment, climax, resolution, Story GMC (goal,
motivation, conflict)
□ Pacing: May include: balance between action sequences and reflective scenes, tension,
use of back story, eliminating preachiness, SHIR (See-How-I-Researched), explaining,
unnecessary scenes, extraneous sub-plots or meandering story threads, excessive
narrative summary or irrelevant dialogue passages
□ Central Conflict: May include: discussion on ways to deepen conflict, make it matter
more in the story, raise public and personal stakes, heighten tension, layer conflicts
through sub-plots, complicate the conflict, strengthen or create turning points, and
connect external conflict to character’s inner conflicts.
□ Plausibility and Originality: May include: suggestions for avoiding clichéd or
stereotyped plots, encouragement to create new plot twists, making the plot more
believable
□ Other aspects of plot as editor deems necessary
□ Overview and summary of plot: strengths, weaknesses, ways to improve, and additional
resources such as books, articles, websites, or groups that editor feels would be helpful
Writing Technique—overview and general suggestions for improving the following areas as
necessary:
□ Dialogue
□ POV: deepening, limiting, strengthening
□ Voice: writer’s own writing voice
□ Showing, not telling
□ Narration
□ Dialogue attributions, beats, and internalizations (thoughts)
□ Increasing tension on every page
□ Maturing overall style
□ Summary and additional resources as needed
Summary and Further Recommendations
□ Advice regarding how to approach revisions
□ Suggested next steps beyond revision
□ Encouragement regarding overall story potential

Posted by olga at 3:55 pm No comments: Links to this post


There are many more. You can find a more comprehensive list at: http://www.clichelist.net/

Often when we think we need to emphasise and explain (or use a cliche), we actually don't. If we do, then we are dumbing down the reader. Less is often more.

The horror writer Stephen King emphasises but does it will the skill of a master at his craft.

A good one who eases in serious matters (e.g. radioactive water) without any fan fare is Fay Weldon - The She Devil. She's a master at this.

I for one, am just as guilty of over emphasising too. It's an ongoing battle. Hopefully, we'll get there in the final cut.

They were once a new way of saying something but with overuse became tired and boring.
Posted by olga at 7:59 pm No comments: Links to this post

Editing your story with text to speech

I'm doing another edit of a mystery/thriller I wrote years ago. A dear friend of mine, Victoria, has read and made comments on the entire manuscript. Thank you Victoria for being soo nice for not telling me to bury the mss in the garden.

The story is full of adjectives and bad punctuation...but I still believe it's a good story.

I guess when you first start off writing you try so hard to explain everything and describe everything. Why stop at one adjective when two or three will be better, or so you think. I know that we are told to choose one, but what if you can't decide? Well, that comes with time and practice. How many years it takes you, is up to you. Also, you are so close to the story you can't see the flaws.

How do I explain away the bad punctuation...I was never that good at English at school. I was dyslexic and was never diagnosed as in those days no one knew about this problem. Maybe this is a cop out but it's my excuse and I'm sticking with it. I wasn't writing full time for many years. Now I try to sit down and write for about four hours a day. It does make a difference.

There are some free programs on the net which will read your text back to you. They are mechanical voices and may irritate some people but it is helpful as it will pick up the 'and' or 'the' that you failed to see because you mentally insert it every time you read your work. I know that I do.
Here are a few:
http://www.softpedia.com/get/Office-tools/Other-Office-Tools/Speakonia.shtml
(You need to copy and past the text into the dialogue box)
There is a free plug in from Microsoft so you can enable text to speech in MS Word. When you load Word it doesn't automatically install the text to speech part. You will have to go to Add remove programs and install it that way. Here is the link:
http://office.microsoft.com/en-au/word-help/using-the-speak-text-to-speech-feature-HA102066711.aspx
http://www.ivona.com/us/ - this one is used online.

Posted by olga at 4:04 pm No comments: Links to this post


Open the door and reveal hidden depths of a character.

http://www.123rf.com/stock-photo/door.html
Posted by olga at 2:07 am No comments: Links to this post 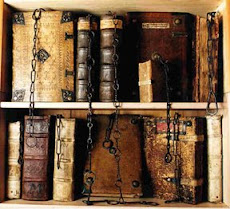 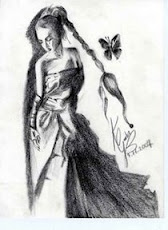